25 minute boil, ~152F mash temp for an hour.
4.5 gallon went into fermenter and pitched both the yeast and the lacto at ~80F in fermenter. Set temperature controller on fermenter to 65F. 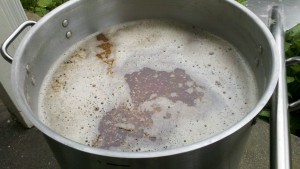 I let the beer ferment at 65F for 2 weeks so that the regular yeast could do their job, and then I ramped up the temperature to 80F in the hopes that the lacto would become more active and take care of the remaining sugars. I did not see any action from the lactobacillus. I tasted the beer and there was no hint of sourness to it. 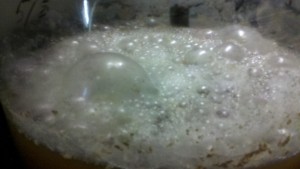 I then proceeded to create my own lactobacillus starter by getting some crushed malted barley and sitting it outside in the summer heat. The water in the mason jar was at 100F when I added the grain and the outside ambient temperature was 95F to 100F. I covered the mason jar with saran wrap so nothing could get in, but if there was pressure build up it could just break the saran wrap instead of the jar. I left the jar ourside for a week and it formed a nice white layer ontop. I then threw the starter into the fermenter, grain and all. 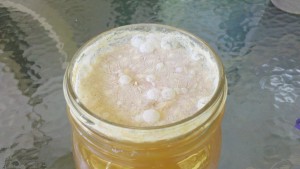 After the lactobacillus pellicle formed, i resisted the urge to try the beer for several months. After 6 months it have very little acidity. After 1 year it started to get acidic enough, but still wasn’t strong enough for my taste. I was hoping for something mouth puckering like a Petrus Aged Pale but this was not even close. I forgot about this beer in my basement for more than 2 years.

After 2 1/2 years the beer is finally sour enough to my liking, but the beer is lacking some flavor or maybe too thin. I think next time I try this recipe I will add more caramel 60 or even a richer darking caramel malt. 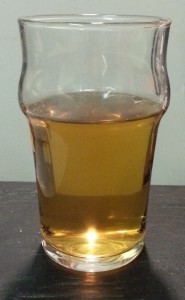 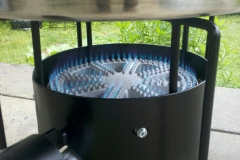 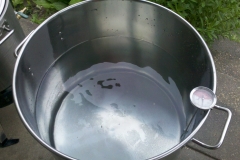 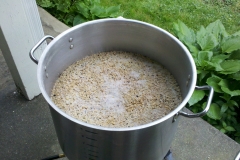 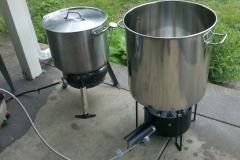 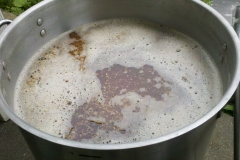 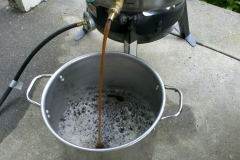 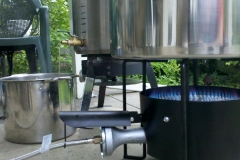 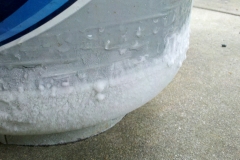 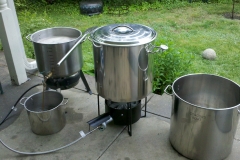 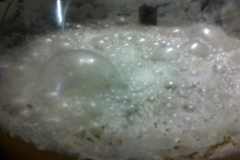 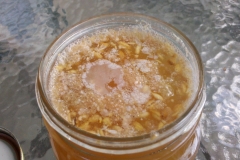 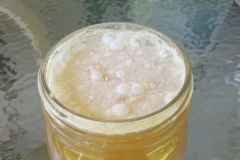 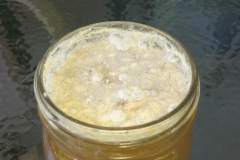 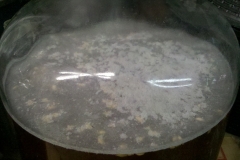 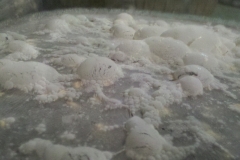 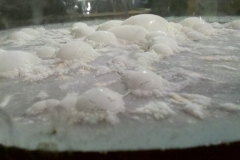 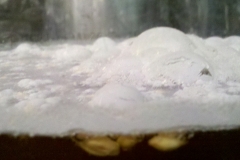 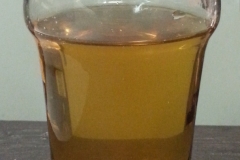