During the Fall of 2014 I decided I would try my hand at making home made apple cider with the golden delicious apples from my back yard. I don’t have a proper grinder or press for apples, but I thought I would try it with the grape press. I first used an Apple Peeler/Slicer

which actually slices that apples pretty thin. I then laid out all the sliced apples into a cheesecloth and put it in the press. I didn’t work… at all. Very little juice was coming out no matter how much force I applied to it. I then proceeded to put the apples threw the food processor one cup at a time, since I was only doing a couple gallons it only took about an hour. After running threw the food processor, there was already a lot of juice running out of the chunky apple sauce but the press did help to squeeze out a good amount more.

I moved the juice to the basement and I added some Star Pasteur Red Dry Wine Yeast . No boiling, pasteurizing, or preservatives were added.

The end result was a very clean, crisp, and dry apple cider. If i had a good source of apples and the proper equipment I would definitely do it again. I would be nice to find a good local source of apple juice without any preservatives. 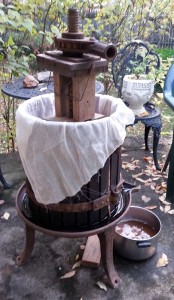 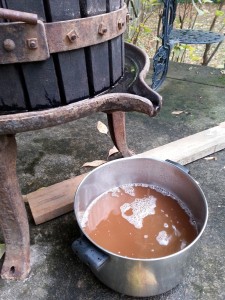 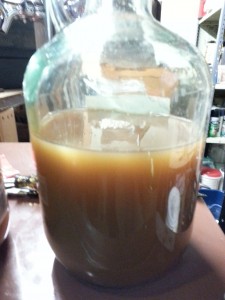 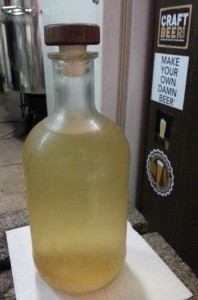