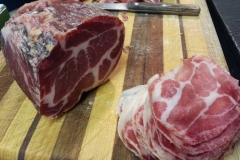 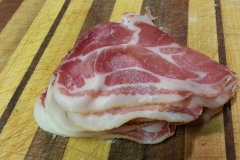 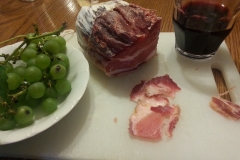 So for the second attempt at making capicolla (See the failed first attempt), I decided to make three changes. The first was to temperature control the fermentation chamber, previously I was relying on the temperature of my basement which was not ideal. Second I decided to use Bactoferm Mold-600 (Penicillium Nalgiovense) on the outside to help prevent any bad molds from forming. Third instead of the beef bung I decided to use Flat Collagen Casings, 100mm

I contacted my local butcher and received a Boston butt cut of meat. I separated the coppa muscle, bone, and the remaining meat. The remaining meat seemed large enough I decided to also try to cure that as well. Both pieces were weighed and covered with the appropriate amounts of iodine free salt and cure #2.

Both pieces were put into tupperware containers and stored in the refrigerator for 1 week. I am still looking for solid evidence on how long this process should take, I have seen varying numbers in books and online. 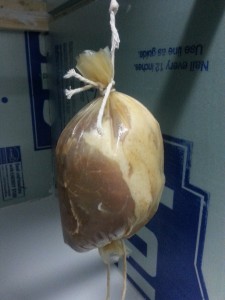 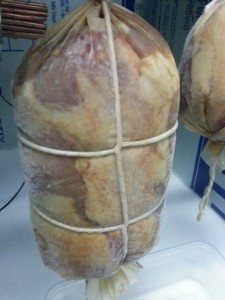 The mold is thickening up, and starting to change from a fuzzy to a chalky texture. 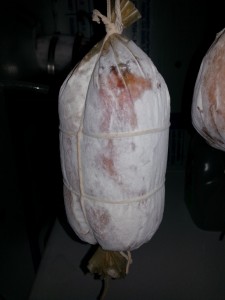 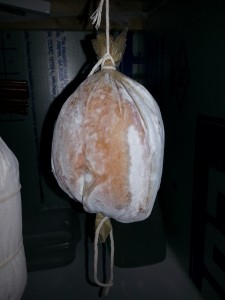 I decided to retie the meat when moving it to the mini fridge, this was probably unnecessary. 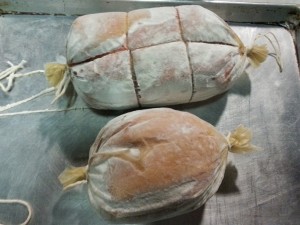 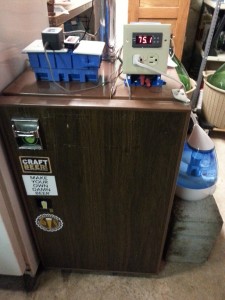 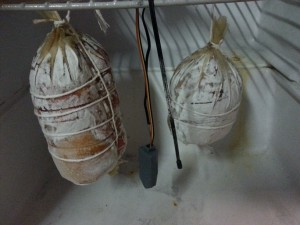 I weighted both pieces to see how far along they were. 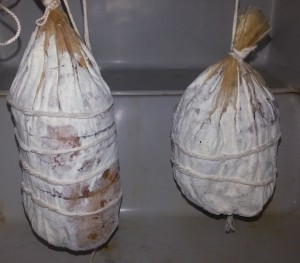 Peice #1: 38oz and 30% weight loss.
Peice #2: 22oz and 32% weight loss.
Both pieces feel like they are starting to get firm on the outside, but still some give on the center, I don’t think there is any case hardening.
The mini fridge fluctuates relative humidity more than I like, but it moves from 75 to 80% humidity. I tried to turn off the humidifier, but the humidity seems to stay the same because the mini fridge does not dry the air like a normal refrigerator. The original weight measurement was taken before the meat was salted and cured. I have seen numbers online that say 30% weight loss is dry enough, but I’m not sure if that means before or after salting and removing the extra liquid. The white mold doesn’t seem to have changed at all since day 4, and no signs of any other colored mold. 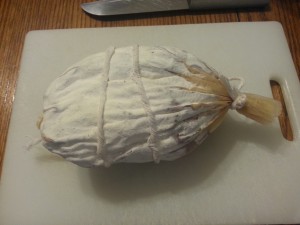 I decided to try the small piece even though it still feels somewhat soft inside. It smells mostly of the mold from the outside and of cured meat when the skin is removed. The outer edges of the meat were harder than the inside, but I don’t believe it was hard enough to restrict further moisture loss. The yellow on the fat looks like it is from the spices rather then going bad from age.
The flavor was perfect, good salt levels and the fat taste like butter. There is no flavor from the spices which is fine, but I only put a small amount. The center is quite soft, but does not feel raw and if sliced very thin would be very similar to a store bought copa. I will leave the other piece of meat to at least 40-45% to see how it compares. 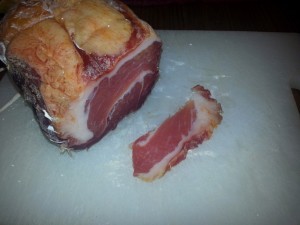 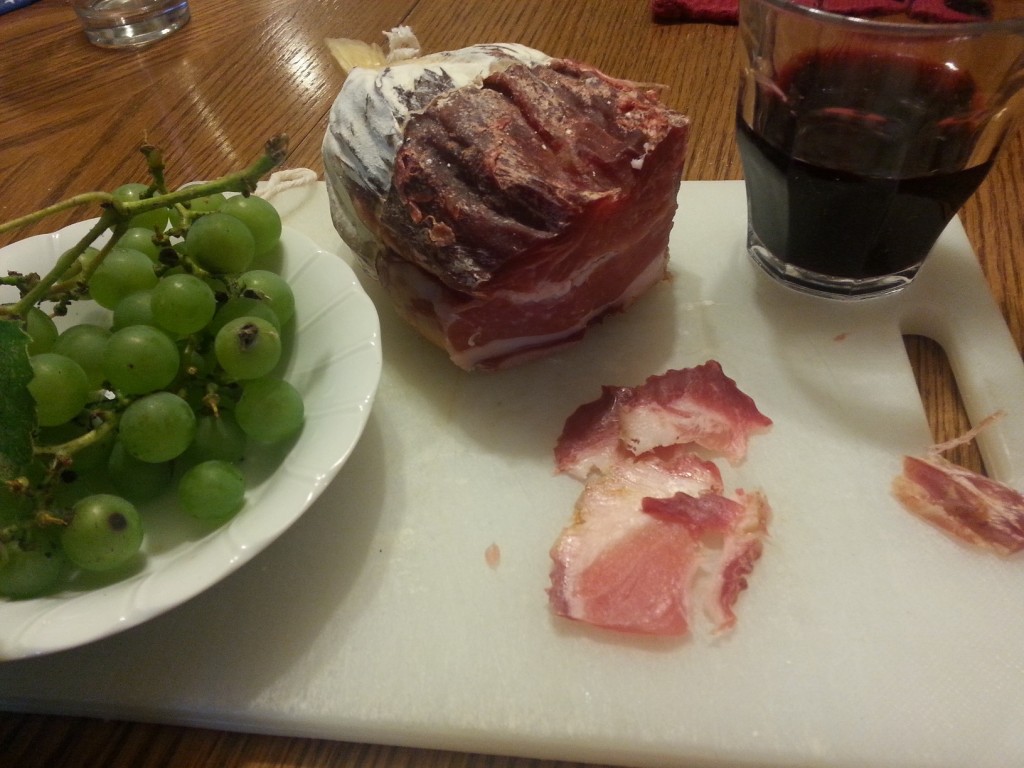 Piece #2 is in a ziplock bag in the fridge and some of the hard outer layer has softened up, but still firmer than the center. 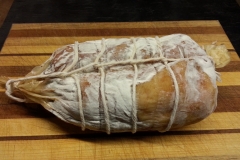 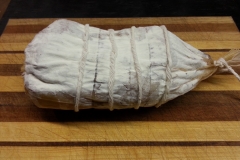 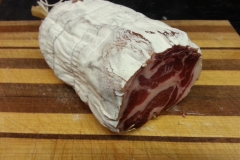 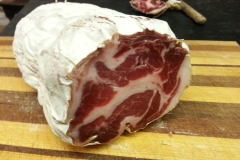 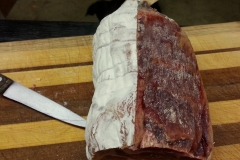 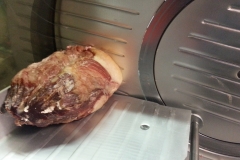 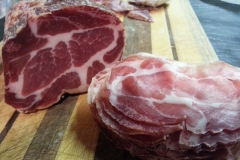 Some how I forgot to tighten the ends when tying it and I can see why its important. The ends are much thinner than the rest of the capicolla and they dried out faster and hardened too much. If the ends were pulled in more this would not have happened.
The mini fridge stays very humid, so i needed to lower the humidity controller
33% weight loss before cure was not dry enough and still felt semi raw, ~39% was perfect.